Posted on July 19, 2019 by Epicurious Travelers

It’s a long and winding road to Montreal. Hours of rural Maine, New Hampshire and a tiny slice of Vermont zip by before we cross into the rolling hills of Canada. We pause at leafy Café Ailleurs for our annual bonjour beer and first attempt at clumsy French.

Just under two hours later, it’s bright lights, big city. We check into the Hotel Faubourg, and run to Theatre Maisonneuve for a double bill of accordionist Richard Galliano and double-bassist Ron Carter, in a tribute to late, great composer/pianist Michel LeGrand.

The extraordinary duet is emotional and delicious, a nuanced dialogue between jazz titans. Galliano’s take on Route 66 transports me to the banks of the Seine. Ron Carter plays a sweet, jazzed version of You Are My Sunshine with humor, charm and grace. A magical first night and a beautiful surprise! 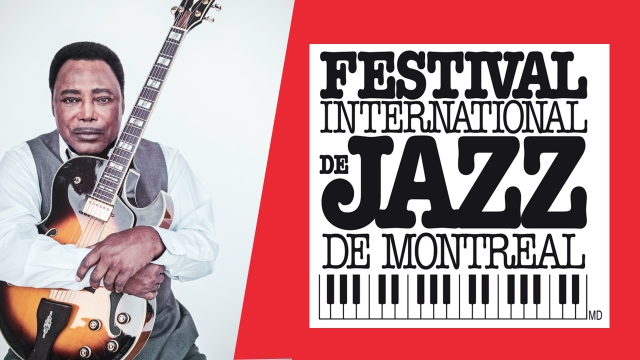 Known for its diverse programming and convivial vibe, the Montreal Jazz Fest was founded in 1980 by co-directors André Ménard and Alain Simard. Their mad mix of jazz, blues, folk, soul, reggae, rock, hip-hop and more welcomed artists from around the globe to perform in what is now the largest jazz festival in the world — brilliant!

Distinguished co-founder and visionary André Menard has retired, it’s true. But I am pleased to report that he remains omnipresent at the fest. He introduces Melody Gardot, recipient of the 2019 Ella Fitzgerald award. She is “honored and grateful,” and describes her musical journey through laughter and tears. Menard clearly loves her; their warmth and friendship is palpable. “This is an extraordinary moment,” he says. Yes, it is. 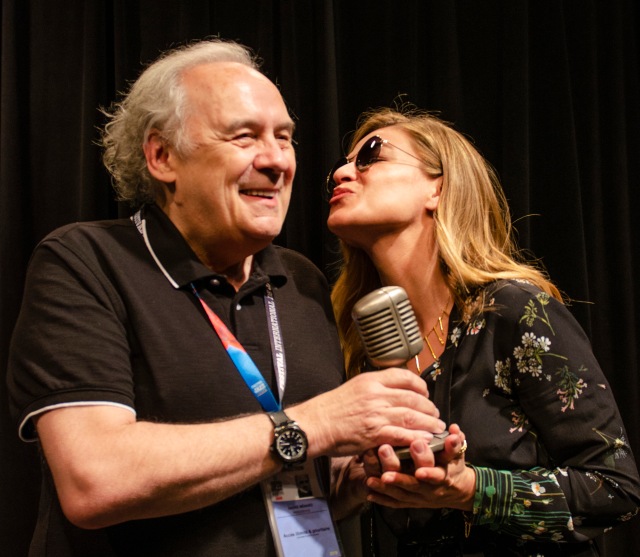 We find a shady “comfort zone” under a tree while the food trucks begin their day. Some offer “bouchees gratuities” (free tastes) as they ready for the rush. Each day starts slowly, stretching steadily into afternoon, and coming alive each evening, fully jazzed. 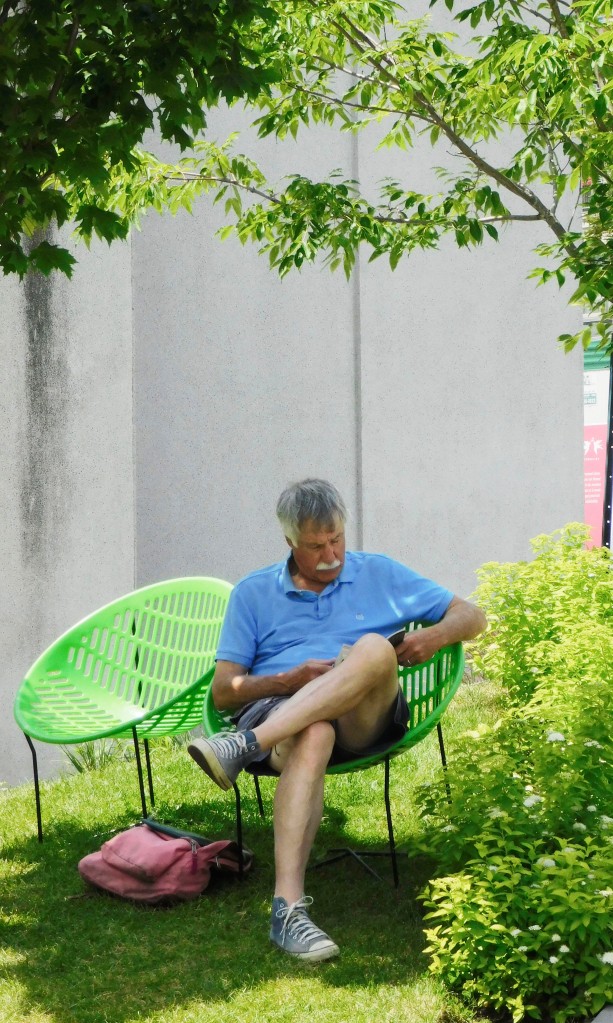 Street acts and musicians perform during the day in open spaces between food vendors and beer tents. Nearby, a street band tunes up, rehearsing the opening bars of Night In Tunisia a billion times. Those few bars are now pleasantly lodged in my head.

Sun hats and sunglasses are de rigueur as temps climb into the 90ºs. There are many opportunities to be dunked, bubbled, misted or spritzed — la chaleur does not win.

Heineken is a major festival sponsor with a leafy stage of their own at the corner of rue Jeanne-Mance and René-Lévesque. Beautiful breezes float from the river starting around 6:00 p.m., ‘smarvelous. Note to Heineken: More chairs, please.

This year I score tickets to the ultimate trifecta of female talent: Norah Jones, Madeleine Peyroux the next evening, and Melody Gardot the third — a miraculous triple play.

Norah Jones is still wildly beautiful and her voice as lovely as ever. But the crowd is obsessed with her 2002 album, Come Away With Me, and seems indifferent to her new work. A few songs fall flat. Norah struggles, but prevails — she’s got this.

Madeleine Peyroux is a total gas, connecting with the crowd in French and English. She is funny, genuine and tuneful. Classy. Her band is spot-on, outstanding. New favorite song of 2019? Honey Party … I can’t wait to sing it to Baby Carmine. 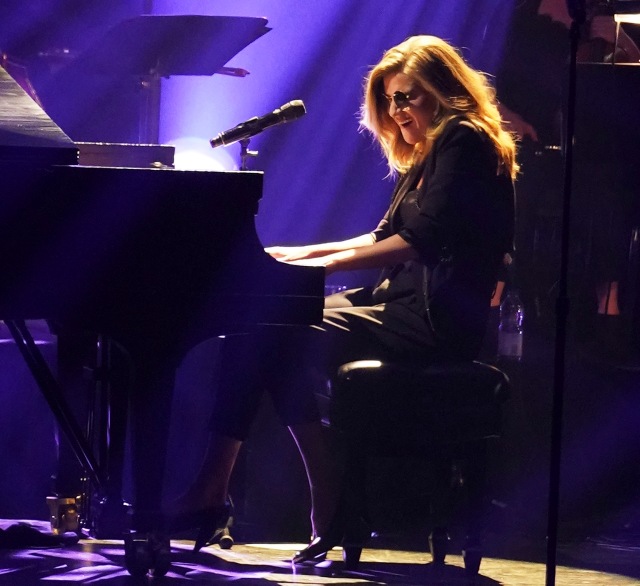 Melody Gardot is magic. She charms 3,000 crowd at Salle Wilfrid-Pelletier with moving and soulful arrangements, singing in French, backed by her amazing band. Gardot somehow turns the enormous hall into a Parisian café, with an intimate, vulnerable performance. This remarkable artist deserves all the accolades that flutter to her.

Almost every opening band is reliably fantastic. Ms. Peyroux is preceded by Israel’s Yaron Herman and band. “Straight-up jazz,” sniffs my pal, Radio Girl. “Not my bag.” I am happy to report that it is my bag, and Yaron delivers a great session. 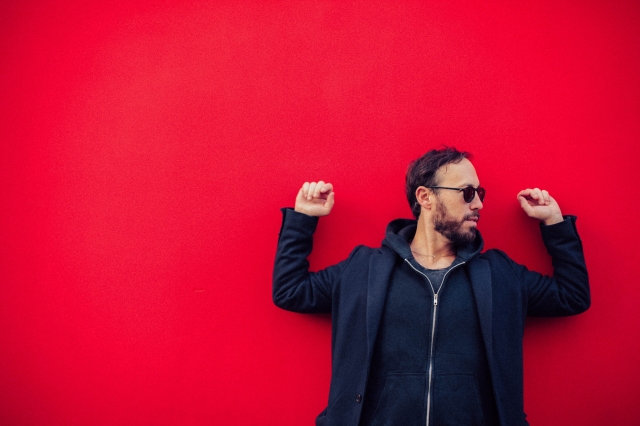 I spend a wondrous evening with Roberto Fonseca and Erik Truffaz, a hybrid jazz mash-up of Cuba and France. Fonseca began with Buena Vista Social Club at age 15; French trumpet superstar, Erik Truffaz, joins him for twice the magic — amazing! 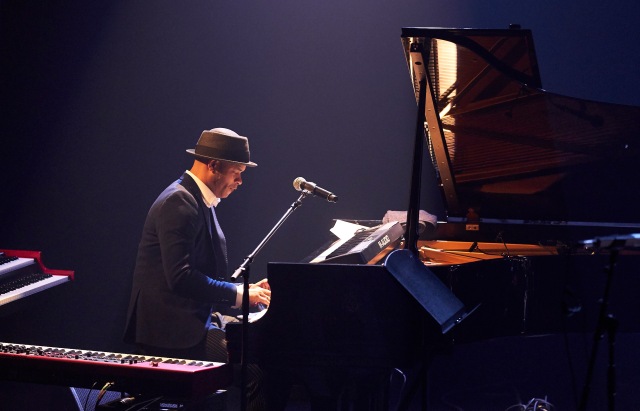 On outdoor stage Scene TD, opening night band The Brooks is hopping. Dedicated to serious funk and soul, this Montreal octet puts on a spectacular show. Best of all, it’s free! The Brooks light up the stage, and are no longer Montreal’s best kept secret.

Guy Belanger rides the free outdoor Scene Hyundai stage this year, sharing with wildly talented R&B artist Kim Richardson and the very jazzy France D’Amour. It is a total gas watching the glorious harmonica king do his thing with two such fine and talented ladies.

Festival 2019 expands its footprint to the eclectic Verdun neighborhood. The dynamism of historic Verdun, plus the enthusiasm of businesses and residents, ensure the roaring success of this expansive initiative. I’ll see you at the corner of Wellington and Galt! 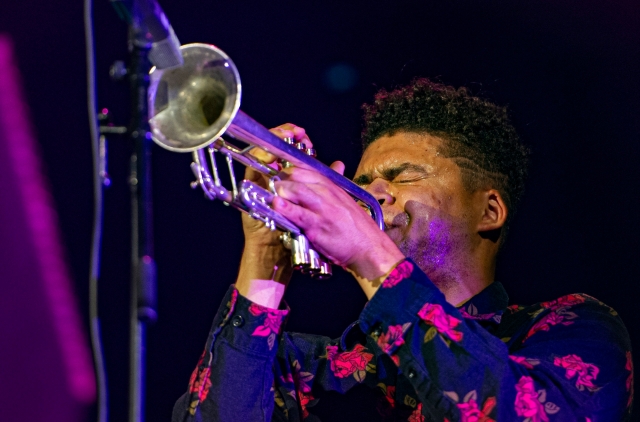 As Guy Belanger pounds out See The Light, I’m suddenly aware of the atmosphere of kindness, light and conviviality at this extraordinary festival. Even the police seem relaxed and charming. No wonder everyone agrees this is the best, friendliest and safest music festival in the world. I’ll be back in 2020, and hope to see you there!