Posted on June 7, 2016 by Epicurious Travelers 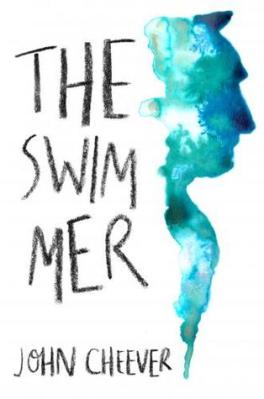 Westport is a quiet hunk of Connecticut shoreline originally populated by the native Pequot tribe. Nestled between the Saugatuck River and Long Island Sound, this pretty tidal treasure is a mere 47 miles of commuter rail from New York City, one of several sleepy suburban communities immortalized by mid-century masters Updike and Cheever.

The town became a creative hub in the early 20th century, attracting artists, musicians and writers. Then came the ad-men, and later, an alarming influx of CEOs and high-level executives. The small New England community with rural, agricultural roots now wears an unmistakable gloss of wealth and privilege.

In the ’60s, Westport’s leafy Main Street housed Klein’s department store, Achorn’s Drug, a mom-and-pop hardware, and the Remarkable Book Shop (it really was remarkable). Penny candy and tobacco could be found side-by-side at Bill’s Smoke Shop. Bill’s is now a Williams-Sonoma — which pretty much tells the whole story. But if you know where to look, you can still catch a glimpse of Westport’s precious, poky past.

Westport has a tidal marsh with ducks and a graceful, stand-offish snowy egret. The little riverside park offers a quiet spot to read, reflect, sip coffee and examine the graffiti carved by decades of high school sweethearts.

The former Westport YMCA is being converted into loft apartments and commercial spaces. I am sure they will be expensive and tasteful, whatever that will mean in this little corner of post-modern New England. 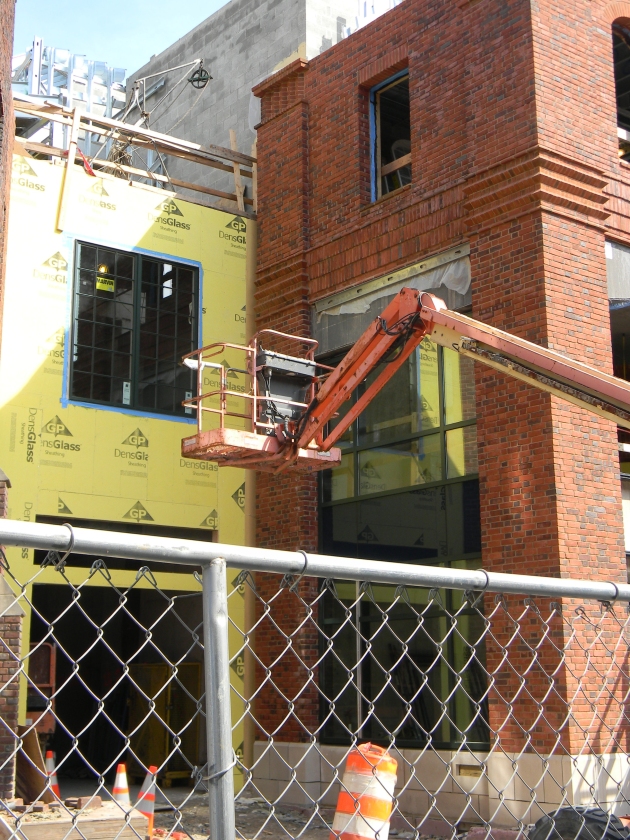 Ang Lee’s film The Ice Storm exposed our cozy little burg in Technicolor Blue, although I never heard the sound of a key dropping into a bowl, anywhere, in my whole sheltered life.

The area was also lampooned by Ira Levin in his thriller, The Stepford Wives, which satirizes the the fawning, submissive and beautiful wives in fictional Stepford, Connecticut. Ira nailed it.

We enjoy a spectacular homage to country life with friends Rozie and Suzie of grilled lamb chops, asparagus, and gorgeous berries. The evening of laughter, jokes and stories neutralizes our fear, “You can’t go home again.” Yes oh yes you can. And if you’re very lucky, you will find wonderful friends like Rozie and Suzie when you get there.

Sherwood Island is a wonderful stretch of beach, but Compo is the family favorite. We still have a beach-locker, but no one wants to open it. Too many happy memories—we don’t want to let them out.

Earthplace has acres of walking trails, a wildlife center, live animals and an aquarium. Don’t miss Cocktails & Clams, a delicious evening of Copps Island Oysters straight off the boat, plus cocktails and live music for a cause.

Or rent a sunfish at Longshore Sailing School. I remember sunny summer days taming a wet, flapping sail with Susan.

Westport Country Playhouse is one of the country’s oldest summer theaters. Since the 1930s, the venerable summer stage has mounted comedies, dramas and musicals from June through September. Longtime supporters Joanne Woodward and Paul Newman combined forces for a wildly acclaimed production of Our Town that continued to Broadway. The two longtime residents of Westport agreed with us: “We just like it here.” 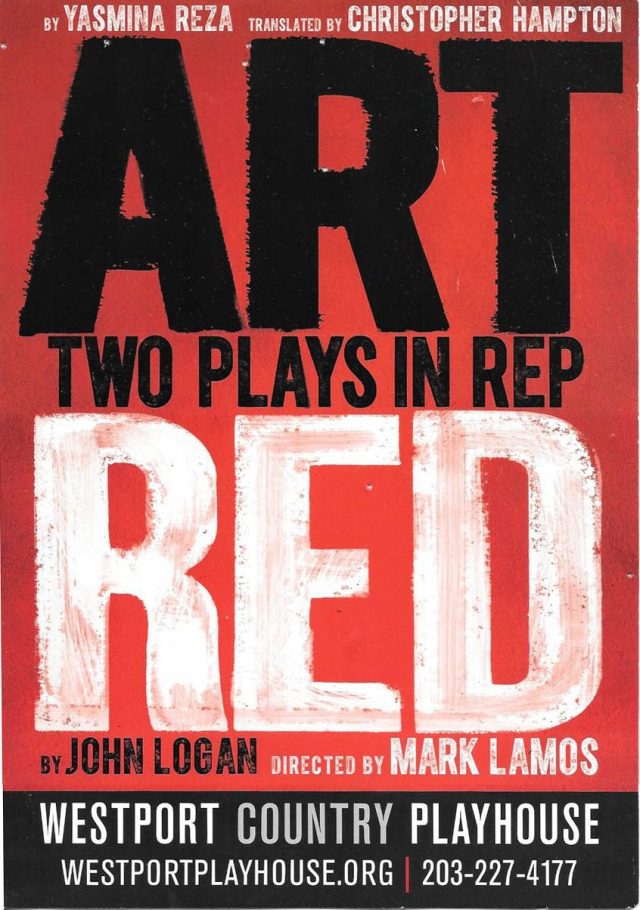 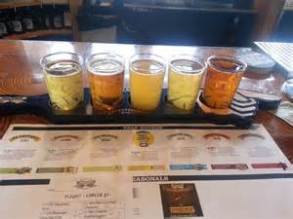 Don’t miss Oscar’s signature pastrami on rye with Russian dressing — our oddball version of Proust’s Madeleines. If it’s Sunday morning, walk to SoNo Baking and grab a croissant and coffee. Or meander a few miles up the Post Road for a beer at Two Roads Brewing Company in Stratford.

It’s Connecticut. Childhood is calling. Stop and smell the dogwood. Life is good. • 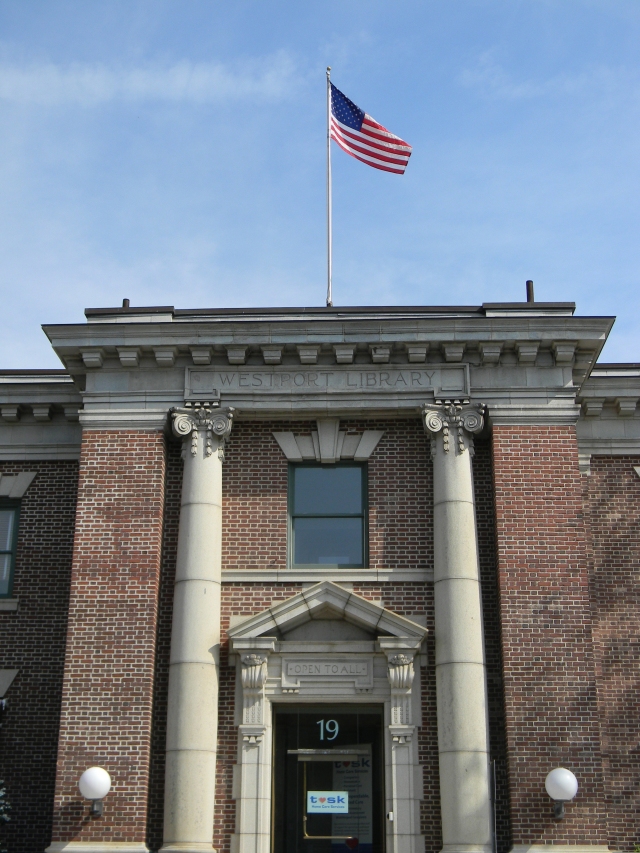 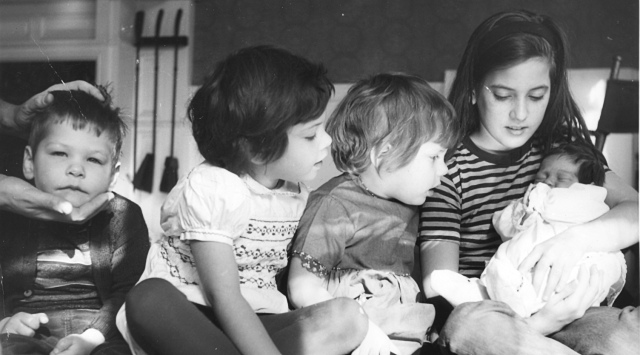 Ms. Margolis-Pineo created EpicuriousTravelers.com to showcase her published work and ongoing food-travel adventures. Based in Portland, Maine, she travels frequently both in her home state and north to Montreal, her favorite North American city. Although she refuses to use the word "foodie," she has an abiding interest in food and wine. Ms. Margolis-Pineo's background as a designer gives her site an edge in the oversaturated blogosphere. New contacts, "likes," subscribers and content are always welcome!
View all posts by Epicurious Travelers →
This entry was posted in Art and Culture, East Coast Travel, Food and Wine, New England Travel, Off-the-beaten-track, Retro-Travel, Theater, Travel. Bookmark the permalink.

5 Responses to My Little Town