Savoring Maine’s “Top of the Crop”

Posted on October 22, 2012 by Epicurious Travelers 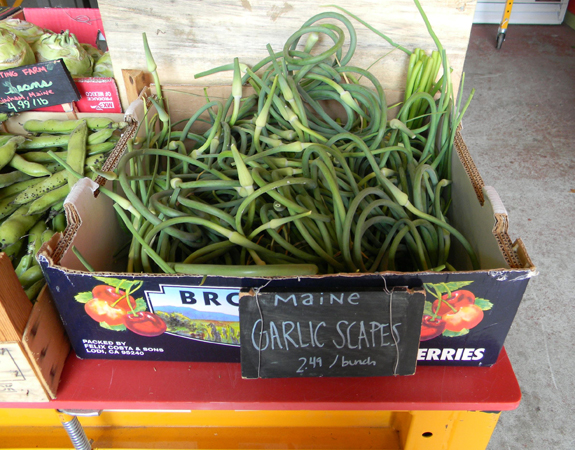 Although I detest the word “foodie,” Portland has developed an international reputation for outstanding farmed, fished and foraged fare. From foie gras gorge and tartare tours to Joe Ricchio’s legendary Deathmatch, Portland’s food scene has grown from a two-restaurant backwater to Bon Appetit’s 2009 “Foodiest Small Town in America.” Portland’s culinary fame continues to grow as chefs, diners and restaurateurs arrive “from away,” adding to our ever-burgeoning local food scene.

Top of the Crop

I am happily anticipating Harvest on the Harbor October 24-27, a celebration of food with sweeping views of Casco Bay and an array of food and wine events and tasting opportunities. I am especially eager for Top of the Crop on October 25, when four outstanding Maine chefs will vie for Maine’s Best Farm-to-Table Restaurant.  The fab four were selected based on their farm-to-table philosophy, relationship with local farms, and how well their restaurant menus reflect the farm-to-table movement year-round — not an easy task. The event will host a diverse international crowd with attendees from 48 states and the Netherlands, UK, and Canada.

The who’s who of Chef all-stars include Harraseeket Inn’s Executive Chef Eric Flynn  whose refined style, contemporary New England flair, and French flamboyance has put him on the culinary radar; Jeff Landry, Executive Chef and Owner of The Farmer’s Table, formerly at Portland’s Cinque Terre and Freeport’s Harraseeket Inn, and Maine Restaurant Association’s 2007 Chef of the Year; Shannon Bard of Zapoteca Restaurante Y Tequileria who grew up in Oklahoma where her grandmother owned a Mexican restaurant; and Chef Kevin Walsh of Earth At Hidden Pond, formerly of Baldwin’s on Elm, Radius in Boston, James Beard-nominated Flour and Water in San Francisco, and Deuxave in Boston.

“As our name implies, we feel strongly about supporting the local farm to table movement. Also, we embrace every opportunity to use organically farmed vegetables and fruit.  We believe in simplicity of our food and commend those who raise it that way.” — Jeff Landry

Top of the Crop will be moderated by international chef and restaurateur Elliott Prag, who specializes in natural foods and healthy world cuisine. He is creator of Kibea Restaurant in Sofia, Bulgaria, the first health-supportive restaurant in the Balkans. Prag worked in numerous New York natural food restaurants before developing his private chef business, Siegfried & Prag Caterers, and is a frequent contributor to Vegetarian Times.

The four chefs will prepare a dish using local, organic, farm-raised, beef, lamb, chicken, pork or venison.  The lucky Harvest on the Harbor audience will nibble on bread, cheese and olive oil as they watch the talented quartet demonstrate their cheftastic techniques, then taste what is sure to be four amazing dishes in small-plate portions. Complementing the chefs’ creations will be wine pairings selected by a sophisticated wine-guy type. Yum.

The event wraps on a sweet note with a dessert demo and tasting, caffeinated by Portland’s favorite micro-roaster, Coffee by Design.  Those guys at CBD and their socially conscious philanthropy make me so proud, I can’t think of a better way to end a fabulous meal.

Where and How Much

Cooking for a Cause: I will also attend this year’s new Cutting Edge: College Culinary Competition, with gravel-voiced Michele Ragussis from TV’s food network welcoming the next generation of Maine culinary all-stars with student teams from Maine’s best culinary programs who will compete for the title, and hefty scholarships to help them reach epicurean success.  The $65 admission fee will help these young chefs reach for the stars.

“Doing business with local purveyors helps the community by keeping its economy strong. Our first priority is purchasing locally grown and harvested foods. We purchase organically grown produce whenever possible because we believe it is a healthier choice for our customers and our planet.” — Eric Flynn 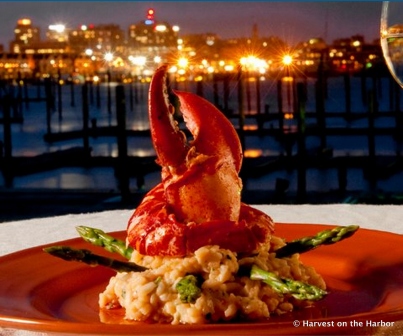 Top of the Crop is just one of many tastings, savory samplings, and culinary events at this year’s Harvest on the Harbor festival. Learn about Maine’s farm-to-table movement, taste the difference growing organically can make, and rub elbows with famous and not-so-famous foodies while listening to some great music and sampling some wicked good food at Maine’s premier food and wine event.

Check out why Portland is the foodiest town in Maine.  •

Ms. Margolis-Pineo created EpicuriousTravelers.com to showcase her published work and ongoing food-travel adventures. Based in Portland, Maine, she travels frequently both in her home state and north to Montreal, her favorite North American city. Although she refuses to use the word "foodie," she has an abiding interest in food and wine. Ms. Margolis-Pineo's background as a designer gives her site an edge in the oversaturated blogosphere. New contacts, "likes," subscribers and content are always welcome!
View all posts by Epicurious Travelers →
This entry was posted in Food and Wine, Maine Travel, Travel and tagged Elizabeth Margolis-Pineo, Eric Flynn, Farm-to-table, food and wine, James Beard, Jeff Landry, Local food, locavore, Maine, Maine Travel, Zapoteca. Bookmark the permalink.