Posted on February 17, 2018 by Epicurious Travelers

Lucky me – I am invited to Noto’s glorious Palazzo Ducezio to interview Mayor Corrado Bonfanti on his pride and passion for local flavors — the sapore of Noto.  “What is so special about Noto is now well known — our native cuisine and wines are beautiful according to visitors and locals alike. This is confirmed again and again in the fragrance and sapore of Noto.” 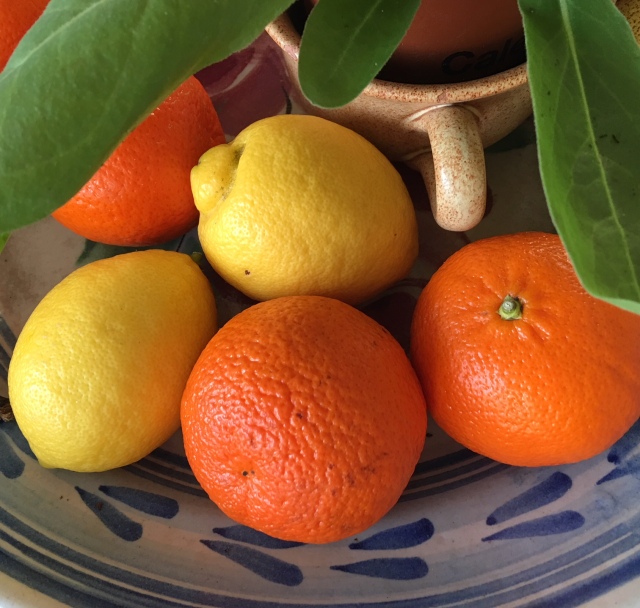 It is soon to be confirmed yet again in this year’s ‘Best in Sicily’ award for food and wine excellence, recognizing Noto’s esteemed native son, Corrado Bonfanti. 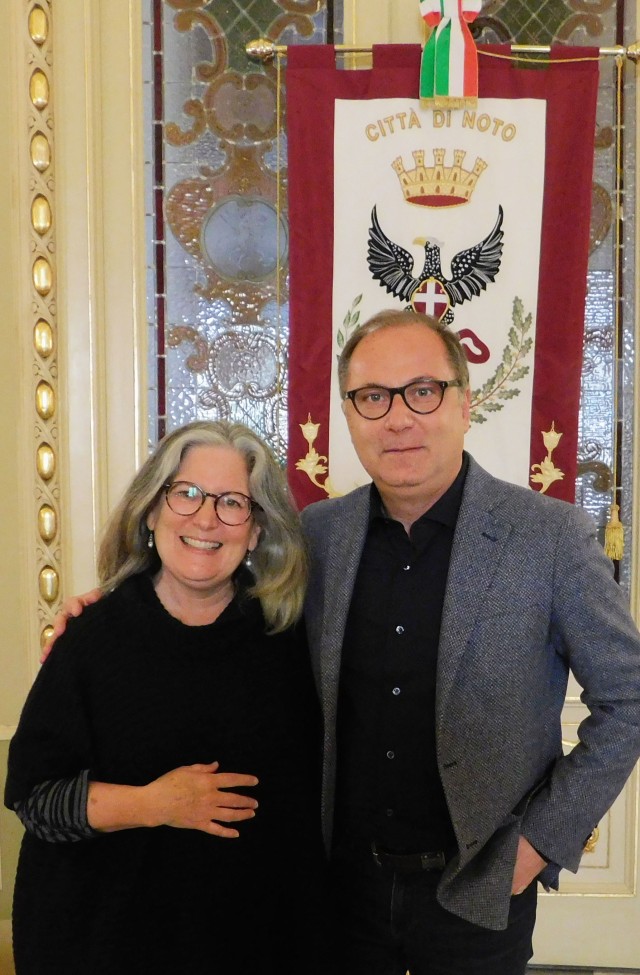 The author and Mayor Corrado Bonfanti of Noto.

The award represents the best this wild isle has to offer in taste and hospitality. It also recognizes those who excel in the field of food and wine – best wine, olive oil, cheese, bar, pastry shop, pizzeria, restaurant, hotel, baker, butcher, canning company and trattoria. And my personal favorite, “Sicilian ambassador of taste,” a job I would love to have!

Among the prizewinners is Mayor Bonfanti, for Noto’s city-wide emphasis on excellence in gastronomy and viticulture, and on Monday, he will go to Palermo’s beautiful Teatro Massimo, above, to collect his prize.

It is not the first time that Noto has participated in the “Best in Sicily” awards. In 2009, the award for the best pastry shop on the island of Sicily went to Caffè Sicilia, here in Noto. “Of course!” as the Bonfanti family is fond of saying.

The Slow Food mascot is alive and well in Noto!

Next up, we visit a few of the Mayor’s personal favorite restaurants in Noto, highly recommended for the freshest, finest local fare and artful presentation. Arrivederci!

Ms. Margolis-Pineo created EpicuriousTravelers.com to showcase her published work and ongoing food-travel adventures. Based in Portland, Maine, she travels frequently both in her home state and north to Montreal, her favorite North American city. Although she refuses to use the word "foodie," she has an abiding interest in food and wine. Ms. Margolis-Pineo's background as a designer gives her site an edge in the oversaturated blogosphere. New contacts, "likes," subscribers and content are always welcome!
View all posts by Epicurious Travelers →
This entry was posted in Farm-to-Table, Food and Wine, Italian Travel, Off-the-beaten-track, Sicily, Sustainable Travel, Travel and tagged Noto. Bookmark the permalink.